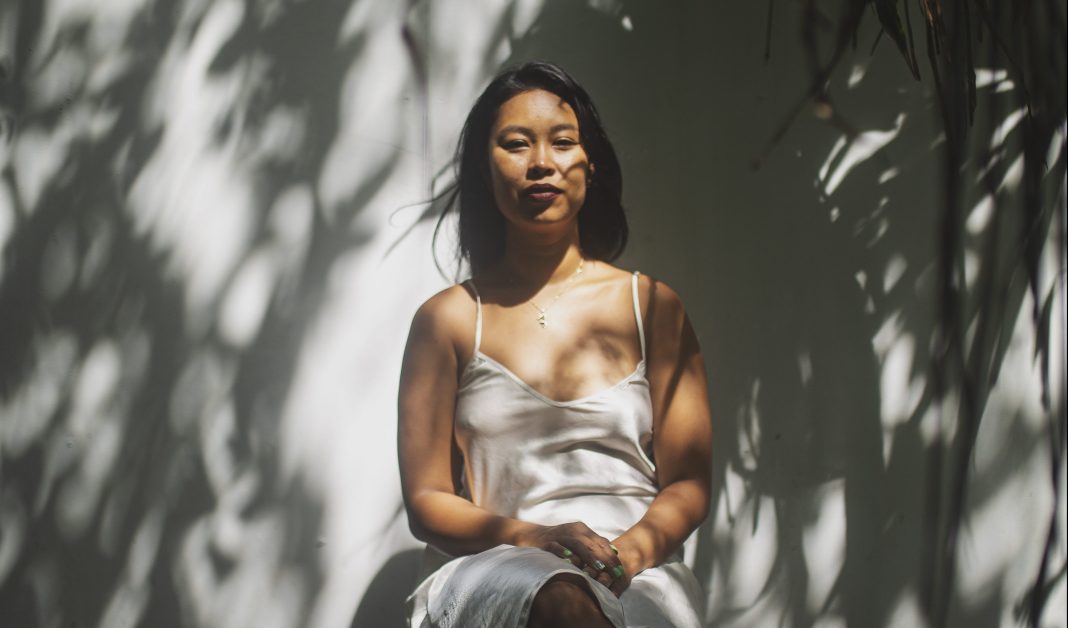 Maggie Tra continues to demonstrate why she’s one of the most highly regarded artists today, and it seems that her versatility and creativity know no bounds. Australian-born Khmer/Vietnamese producer Maggie Tra delivers a project filled with substance, graft, and timeless Cambodian cultural influences with her debut introspective album ‘Kingdom of Her’ (K.O.H). Walking through the album, the contrast in sounds, styles, and vision is vast and refreshing.

From Electronic, Disco, Techno to Experimental to Meditative Ambient, Maggie pours her heart and soul into K.O.H that brings forth suffering, growth, and falling into acceptance, softness, and eventually being grounded. Going back to her roots and her foundational sounds, the 10-track album is a homage to her Cambodian upbringing. With her dark Asian skin and strength from growing up with a single mother, the album is a homage to her mum and The Kingdom of Cambodia which is what inspired the album name. K.O.H has field recordings from hospital visits with her mum and Khmer interpreter in ‘Tra Family,’ a dark eerie ambient track that follows her mother’s heartbeat as Maggie founds out that her mum’s heart is failing her. To ‘Strong Srey’ where the Khmer vocals prayers repeat ‘the right path’ underneath a Techno beat that represents Maggie’s struggle with anxiety and people-pleasing, alongside her current need to be better and strong but also soft to survive in the world. The lead single ‘Kingdom of Her’ is a dance-disco beat that channels the fun and ever-loving character that Maggie omits into the world.

A song that represents that the foundation she builds is fun, loving, and playful. “This album is me in its purest forms, from working on it during a heart-break, to then my mum suffering from a heart attack, those elements pushed me to follow my own true path, my own heart as it will. And to no longer suffer at the hands of others, my ancestors and parent’s trauma that they passed down to me” “I want this album to represent a lot of first-generation kids who grow up wanting to change and break the cycle that our Asian parents bestow upon us. We can learn so many patterns from our families, and this album is me breaking the cycle. It’s me liberating myself from my past,”. K.O.H is the beginning of a new phase in Maggie’s evolution as an artist. From humble beginnings, Maggie continues to embrace her culture by representing her birth countries and ancestry bringing forth awareness to South East Asia and beyond. Following what’s already been a successful run for the multi-talented artist, Maggie’s infamous debut EP ‘U.L.A’ brought the emerging producer to the forefront where she was featured on DJ Mag, Resident Advisor, Bandcamp, Mixmag Asia, NTS, and Worldwide FM. She’s released singles with labels FuFu Records, Shika Shika Collective & Juba’s Assurance Compilation. With music as her home, Maggie is also the founder of the music label & collective SYS Sister Sounds which aims to release music from Asian female and non-binary music producers. Her persistence to fight for equality and to provide a platform for emerging Asian artists to stand with the time is unsurpassed. A weaver of musical fibers, her creations entwines melody, genres, and tempos to create her own tapestries.