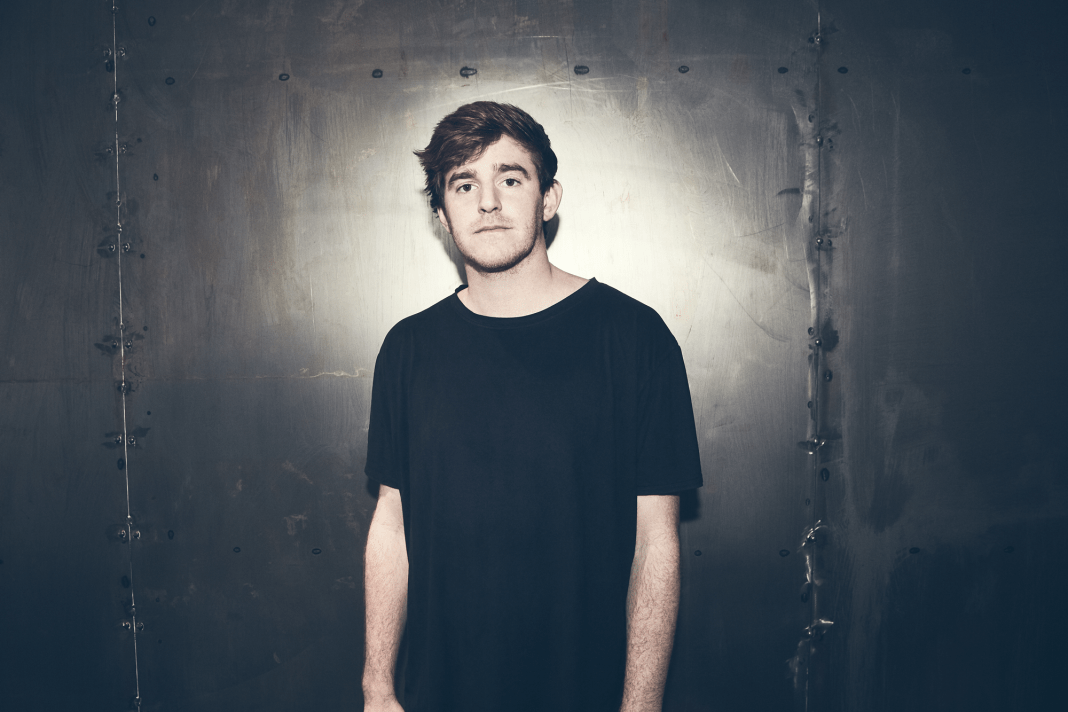 NGHTMRE catches air on a sensational collab alongside KLAXX titled “Falling,” which lands on the former’s Gud Vibrations imprint.

Tyler Marenyi, the dance music goliath widely known to the world as NGHTMRE, has been keeping somewhat of a low profile on the imprint he co-founded in partnership with the equally acclaimed duo, SLANDER. It’s been a hair over one year since his last issue on Gud Vibrations, when the two label-heads dropped “FEELING GUD,” which saw them wrangling singer Matthew Santos to sling out on a futuristic feel-good collab that unfolds like a Western showdown. NGHTMRE is now hopping back in the saddle, not only to return to his own revered stable, but also to drop his first release of 2021. On it, he takes a leap with San Diego-based KLAXX, who fondly remembers taking a stab at unofficially reworking the sheeny piano-led “Holdin’ On To Me,” marking the first time NGHMTRE followed the urge to pen his own lyrics and sing them with a silky vocoder finish. Now five years down the line, the emerging bass producer is circling back to dive into a proper release with the seasoned vet. Sometimes, destiny falls into place like that.

From the opening piano phrases, “Falling” sinks fast and hard into the emotional center of the brain. The twinkling keys are soon accompanied with rising pad lines and militant snare hits, as a fuzzy electric guitar lead tricks the mind in thinking it’s all fluffy clouds and open sky from here on out. This illusion quickly turns pleasure into panic, like skydiving with a failed parachute. In the blink of an eye, the tone changes trajectories and the entire mood goes splat with gravity-defying bass warbles, highspeed arpeggiations, rapid-fire 808s, and a hopeless vocal loop realizing its fate has been sealed. With NGHTMRE and KLAXX finding the sweet spot between aggressive and angelic, this melodic dubstep cut makes you want to close your eyes and hope you will never have to wind up back on the ground.

“Working on this song was a musical journey for me,” says KLAXX. “Tyler came to me and wanted to turn the original idea I had into a collaboration. He added his touch to it and turned it into what it is now!”

In the last few years, NGHTMRE has continued to trailblaze down a path of genre-bending ingenuity with an output that refuses to stay still. His ability to turn corners on command has allowed him to hop around the spectrum with a star-studded cast of collaborators all across the map, with A-list features from the likes The Chainsmokers, A$AP Ferg, ZHU, Galantis, Lil Jon, Gunna, Dillon Francis and a deep discog demonstrating an adaptability most artists can’t begin to fathom. Teaming up with SoCal producer KLAXX might seem out of step for someone of his caliber, but his label has built a name around providing a springboard for the next wave of bass acts. The fast-rising melodic bass artist wasn’t plucked from obscurity, either. He’s been honing his craft on the back of releases for Deadbeats, Mad Decent, Dim Mak and more. “Falling” is a well-earned cosign from one of the best going out to one of the brightest.