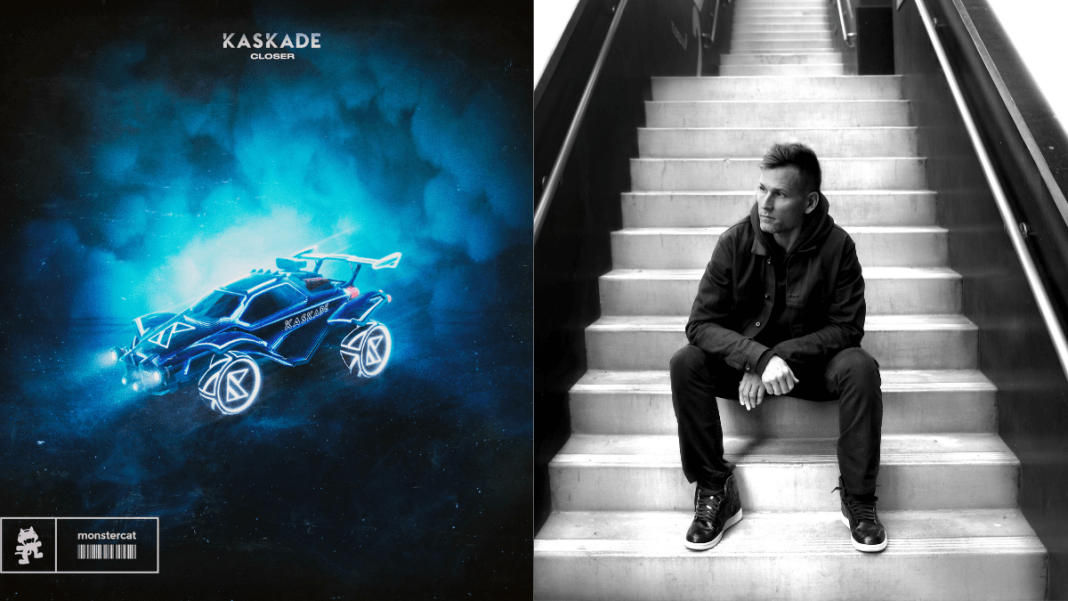 Kaskade shares, “Working on “Closer” felt like coming home for me. There’s a lot to be said for the comfort of warm chords, vibey vocals and build ups that bring us all back to our love of bass. I want “Closer” to be equally at home on the dance floor, the living room or in your headphones on repeat.”

“Closer” is the third single from Kaskade on Monstercat and in Rocket League, following his high-octane debut, “Flip Reset” with WILL K, and the vocal-driven anthem, “Solid Ground.” Fans can look forward to his anticipated EP arriving on Monstercat in March, featuring all three singles and more.

Introducing their music-themed Season 2 in December 2020, Rocket League partnered with Kaskade as the first artist to align with an entire season of the game. “Closer” is available beginning at 12pm PT today as a Player Anthem for a limited time in Rocket League, a new customization option that lets players soundtrack scoring goals in the Arena and receiving MVP status in-game. Season 2 has also ushered in the new Arena, ‘Neon Fields,’ sporting a rave-influenced look and feel.

Over the last three years, Monstercat has provided the soundtrack to Rocket League with more than 90 songs from world-renowned artists, earning over 400 million streams across platforms, a 30k-follower Spotify playlist with tracks added monthly, and popular compilation albums including an exclusive vinyl offering. Leading the charge in bridging music and gaming, Monstercat has created opportunities for artists to build long-term, dedicated fanbases within Rocket League. The robust strategy of releasing multiple singles, EPs, and curated content in-game, fully immerses each artist’s unique brand and creates an organic connection with their music.

As a household name in electronic music for over two decades, Multi GRAMMY Award-nominated musician Kaskade needs no introduction. His list of achievements is a mile long: 11 studio albums, 7 GRAMMY nominations, the first solo electronic dance artist to sell out both Navy Pier in Chicago and the Staples Center in Los Angeles, the first DJ to ever secure a Las Vegas residency, the only DJ to have played the Grand Canyon West Skywalk, and the first electronic artist to headline Coachella. Less tangible but even more important has been his influence on dance music tastes and culture for generations of listeners. Often Kaskade is one of the artists who introduced now-veteran listeners to the genre, and such fans typically become evangelical fans for life. In 2019, he worked with multi-award winner Meghan Trainor on “With You”, Cheat Codes “Be the One” and Gorgon City on “Go Slow,” among solo releases, such as “My Light,” “Come On,” and official remixes for the likes of Alicia Keys, Jennifer Lopez, and Gwen Stefani earlier. Kaskade continues what has become a nostalgic tradition for many dance music veterans and a crash course in their new favorite kind of music  for uninitiated listeners. Only months into 2020, and Kaskade has released a REDUX EP and multiple singles to alleviate quarantine stress for his audience. Stay tuned for more moves from the original curve bender, Kaskade.