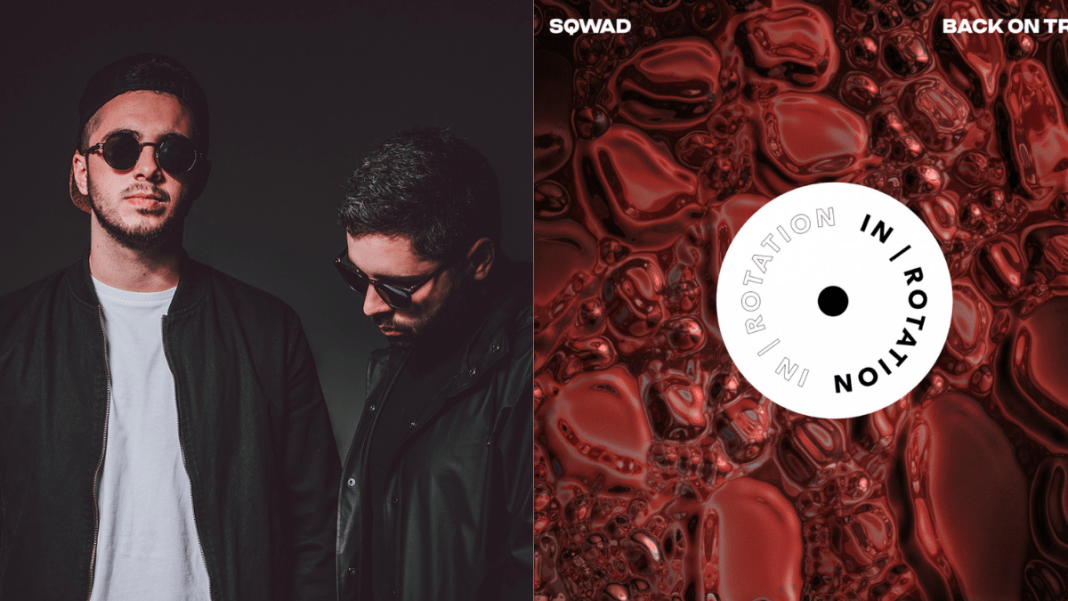 SQWAD is taking the wheel with their first-ever standalone single on IN/ ROTATION with their rubbery tech-house groove, “Back On Track.”

During the summer of 2020, the French house duo known as SQWAD mobbed over to Insomniac’s house-oriented imprint alongside Badjokes with their laser-sharp bouncer “Disco Light.” The glitzy cut shined bright as the second offering showcased on the third volume of the label’s ‘Rotate’ compilation album, so it was only a matter of time before SQWAD popped back into the picture with a proper release. And that time is now. The dynamic two-piece pulls out a special piece of kit from their personal setup to use as the engine that powers their new solo single.

“’Back On Track’ is a pure analog-crafted track: all noises, bass and synths came from the Korg MS20,” says SQWAD. “We love its simple approach and can’t wait to test this baby in a club! Really happy to be back on IN / ROTATION for our first 100 percent original track on the label.”

The tone races off the line via a deep, resounding vocal loop that shows the duo means business here. The lyrics “No cap, I’m back // Bringing that heat on tracks” don’t lie, and the elastic groove that soon sets in should serve as a testament to that irrefutable truth. They waste no time at commencing to burn some rubber, as they accelerate through chunky low-end, shuffling drum work, pulsating basslines, screeching synth shots and low-pitched stabs easing things down into the bridge. The vox hit with the same vehemence as heard in the intro, only to give way for some more rubbery tech house maneuvering to close things out.

In the time between the aforementioned label appearances, they haven’t strayed too far away from the Insomniac Music Group. In the latter half of last year, they delivered a couple of heaters for Wax Motif’s Divided Souls, turning up with equally impressive numbers arriving in the form of “Never Stop” and “U Don’t Know.” Elsewhere, they have been beefing up their discography through appearances on Night Bass, Confession, Monstercat, Gold Digger, noir sur blanc and more. And as the title suggest, “Back On Track” sees them reining it back in for a long overdue comeback on IN / ROTATION.

More about IN / ROTATION

Launched in 2017, Insomniac’s IN / ROTATION is a label living under Insomniac Music Group that is dedicated the freshest house sounds on heavy rotation. From established artists to buzzing up-and-comers, the imprint has showcased names from across the four-on-the-floor spectrum, ranging from bass house, tech house and every shade tucked in between. Its catalog has brought forth a whole host of noteworthy artists, including Westend, LO’99, Maximono, Sidepiece, Dateless, Left/Right, Kendoll, Worthy and many more.

Connect with IN / ROTATION