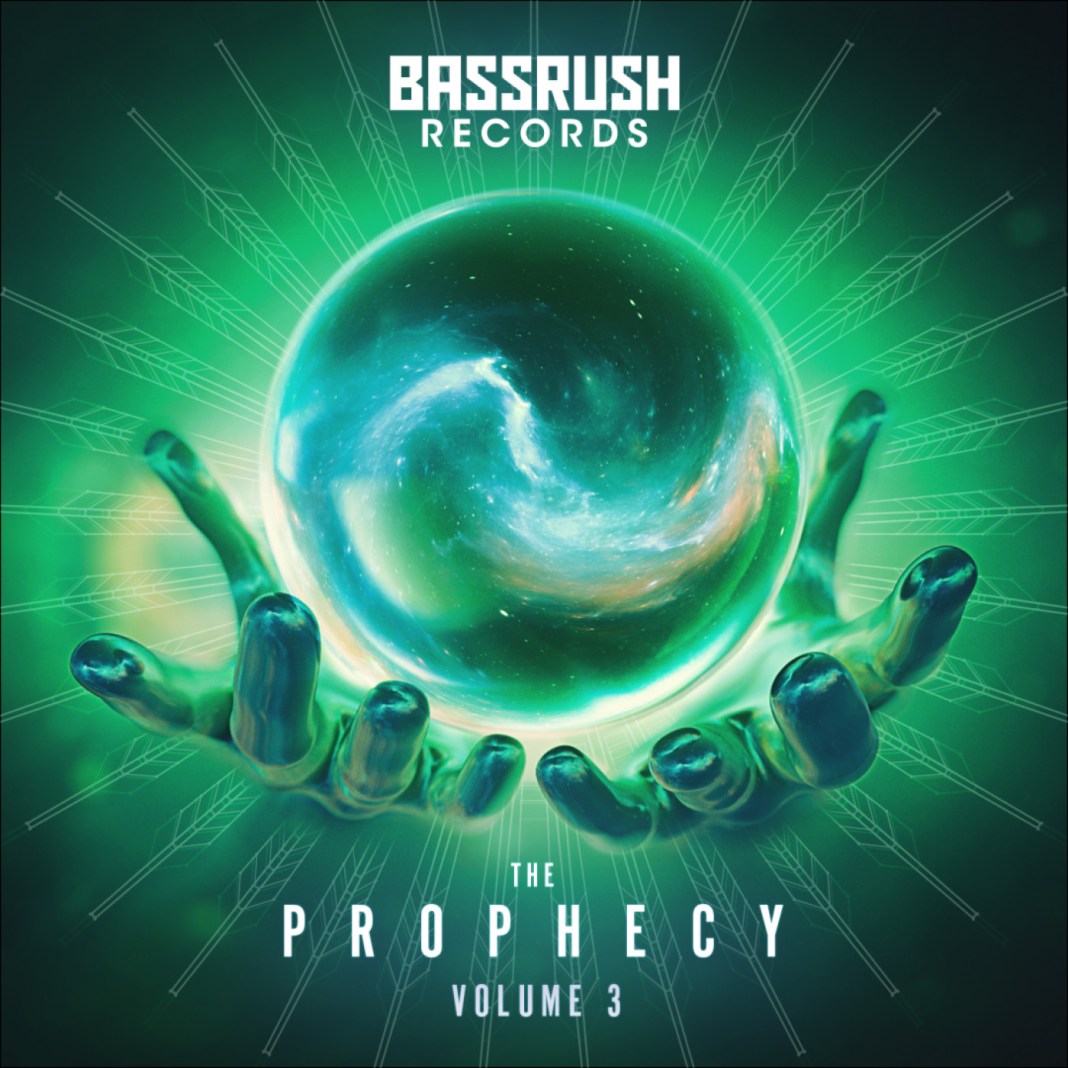 The third installment of Bassrush’s ongoing compilation series features 11 new
tracks from some of the most exciting names in bass music at the moment.

Bassrush Records is unleashing their ‘The Prophecy: Volume 3” compilation album, which is dedicated to unearthing the freshest sounds from all across the bass music spectrum.

Last year, the Bassrush crew stepped into the picture with two prophetic packages taking the shape of a new series called ‘The Prophecy,’ a fortune-telling affair that shares the label’s vision of artists who are worthy of being on your watchlist. The first two iterations saw the imprint turnings stones from across the globe to uncover a litany of producers that are pushing the envelope within the realms of dubstep, drum & bass, half-time and the left-field space. More than a few of the predecessors went on to follow-up their compilation appearance with a proper Bassrush release, with subsequent signings secured from Floret Loret, Säkä, FRQ NCY, and more.

Now, the label is peering back into their crystal ball to uncover a new crop of producers that are predicted to make major waves in the foreseeable future. Sam Lamar takes the first crack on the comp, as the Canadian sensation goes haywire on the malfunctioning mayhem he creates with his robotic jam “Broken Machine.” The Birmingham-based OG ENiGMA Dubz steps in with his cavernous cut “Phrogging,” a croaking slow-burner that leaps straight into murkier waters. On “Dirty,” New York’s Ruvlo gets into some ragga-flecked filth by dragging old-school into a modern context with some clean 808 love. Holding it down for Toronto is KRILLA, who smashes the accelerator on the tricked-out and super trippy space funk he throws down on “Full Throttle.”

The GRLGANG founder from Brooklyn named JEANIE comes through with a cross-continental collab alongside L.A’s soutgate., as they team up on “Dome,” a cerebral mind-fuck that’ll smack skulls silly with its shrilling synth sequences. Italy’s Tryple and Nextars link up the only other co-produced cut with “Mind Hack,” an all-out assault arriving in the form of an impenetrable firewall of brain-rattling bottom-end. Los Angeles duo Jkyl & Hyde run up from their lab with a bone-breaking chunk of riddim called “Distortion” that finds them tinkering around with heavy interference across the track’s disorienting three-minute run. Farrah adds some melodic flair all the way from Hong Kong on “Clairvoyance,” an otherworldly half-time spectacle that is a true beaut to behold.

L’homie stars off the last leg of the album with “Spaced Out,” as the ICON collective grad melds together an amalgamation of carefully churned elements coming together to lure you away into a welcomed state of distraction. On “Wet,” the newcomer from Florida known as wasteurself works around field-recorded samples of water that become the driving force behind the fluid movement he stirs up. Last but not least, Seattle’s Weird Waifu takes a strange turn built around her love for all things anime on “Senpai,” pulling samples from manga and sprinkling them over a gargling beat that keeps the quirky vibes on lock.

“This track is a special one for me, since I made it for my show at Red Rocks with Illenium,” says Sam Lamar. “Playing it there was a magical moment and being able to release it on a label like Bassrush is the icing on the cake!”

“I’m really stoked to be releasing this tune with southgate.,” explains JEANIE. “I think it’s a great blend of both of our styles and I’m really happy with how it turned out. It’s a bit out of the box for me, but it’s been one of my favorite IDs for a while and I’m excited for everyone to hear it!”

“This song was originally was a collaboration idea for Blunts & Blondes,” pointed out by Ruvlo. “As I continued to work on the song, I visioned how to finish the song using elements of old-school dubstep along with new-school hybrid trap design. The song just felt like the perfect fusion of 2020 electronic music and 2013 dubstep.”

“Bassrush has always been a staple in the conversation of quality bass music… We believe ‘Distortion’ was a perfect fit to represent us on the label,” adds Jkyl & Hyde.

“This collab with Nextars has been in the works since August 2019,” says Tryle. “We made it, we played it, and now we are excited to finally release it on Bassrush.”

“I’ve sampled water many times in the past, but this is the first time I decided to make it a main focal point of the track,” states wasteurself. “The water became a big part of my flow and I ran with it. After making sound design that complimented the water, I topped it off with a single vocal I think made the most sense. Wet!”

“‘Clairvoyance’ is a song that puts me in a euphoric state with some glitches in between,” Farrah comes in with the closing statement. “Bassrush is the perfect home for ‘Clairvoyance’ and I am eternally grateful to have met such a supportive and genuine label for unconventional music.”

With a new group of hustling and bustling bass music producers in our sights, the ‘Prophecy: Volume 3’ compilation should serve as a warning sign for what’s in store for the Bassrush Records crew in the coming months. Expect to hear more from this bunch for the remainder of 2021.

Built around the legacy it has created since its earliest days in the underground back in 2002, Bassrush has established itself as a pillar within the bass music scene. Over the years, the crew has cultivated a movement that has taken on many forms, from its massive festival stages around the world to their more intimate nights on the dancefloor. In 2016, Bassrush Records materialized as a means to take their barrier-breaking mentality into the label world, pushing boundaries in dubstep, trap, drum & bass, and everything in between. With a catalog that banks on both heavyweights and up-and-coming talent alike, Bassrush Records has put its stamp on artists including Caspa, Borgore, AFK, Svdden Death, Spag Heddy, Herobust, and more.