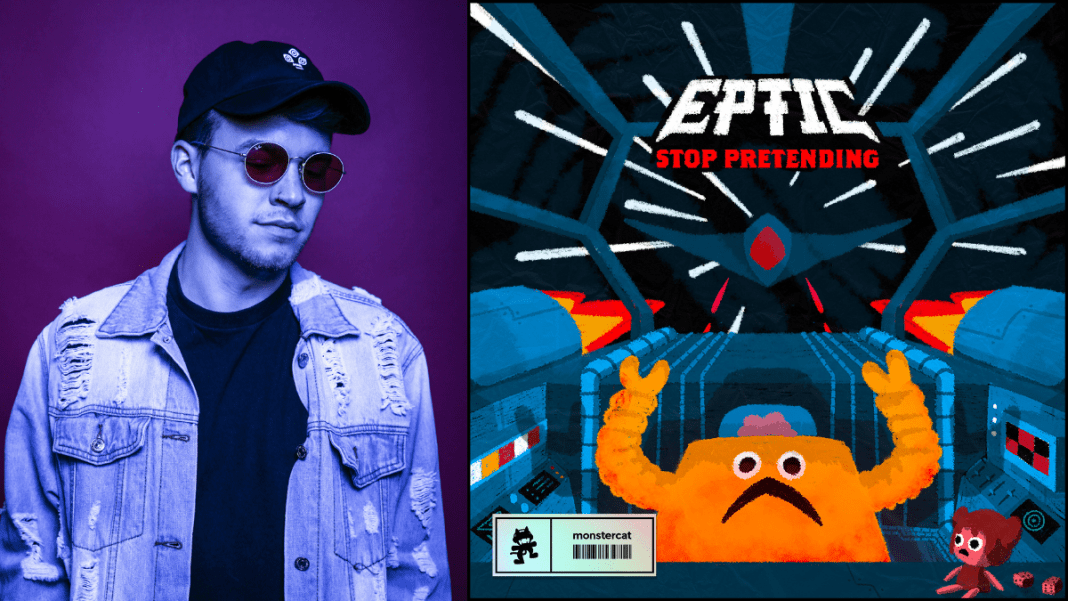 Arriving a year after his massive release, “Propane,” the dubstep don Eptic is back with his menacing new single, “Stop Pretending,” on Monstercat. Having been on the road for the majority of 2019, quarantine came as a blessing in disguise. Eptic was able to slow down and get back to making music with no agenda, resulting in “Stop Pretending” evoking a raw sound reminiscent of his bedroom producer days. Returning to his roots, he brings today’s heavy-hitting weapon to fans around the world.

Eptic shares, “Beginning of 2020 I was touring so much I had no inspiration to make music, and when I was making music, it was music that people wanted me to make, not the music I wanted to make. This song is me finally having fun with music again and enjoying myself while I’m creating it!”

Eptic’s matchless bass-laden style has garnered him slots on the biggest stages and festivals around the world, including Red Rocks, EDC, Tomorrowland, and RAMPAGE, as well as collabs with globally renowned producers like DJ Snake, Dillon Francis, and more.

Stay tuned for more Eptic music on Monstercat this year.

Few and far between will there be an artist whose sound, branding & overall artistry is constantly propelling them to the next level. For Belgium based DJ & Producer Michael Bella, he does just this under his Eptic moniker. Well-versing himself in not only his maniacal bass-laden musical craft but image as a whole; creating every aspect of the “Eptic” guise by Bella himself. At an early age Eptic found not only a love for Rock & Metal, but Drum & Bass – the inspiration behind him wanting to learn and produce himself at a mere fourteen years old. Laying the creative fundamentals down at such a young age has paved the way for the now well-known international bass enthusiast and his recent, notable endeavors including headlining his own ANTI-HUMAN tour in 2018 and kickstarting 2019 with a collaboration with the reputable DJ Snake titled “Southside” – the most played out track at EDC 2019 – hitting 2 million streams in less than a week. Between his highly anticipated collaboration with Dillon Francis, focusing on all originals, and a multitude of headlining shows in the works – Eptic will be taking things to the next level here in 2021.