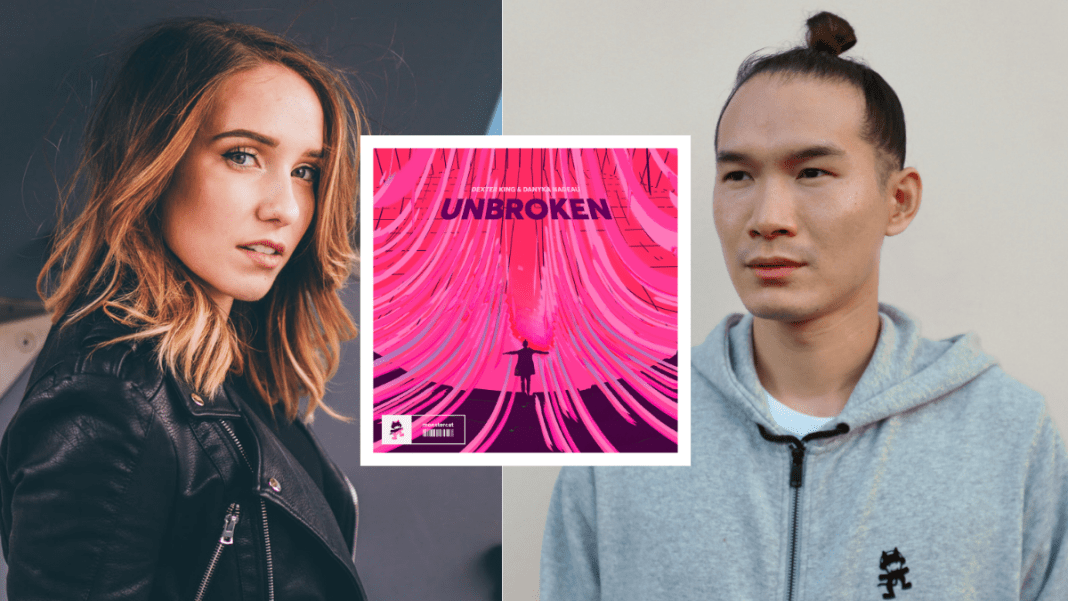 Groundbreaking Chinese electronic producer Dexter King has teamed up with Canadian singer-songwriter Danyka Nadeau to spread a message of resilience in their new single, “Unbroken” on Monstercat. Despite challenges faced around the world last year, the duo has combined their refined musical talents to create an irresistibly danceable track, sure to lift spirits in the New Year. Both Dexter and Danyka have become household names with memorable records on the Monstercat roster, and we hope to see them join forces again in the future.

As one of the first to break into China’s budding EDM culture, Dexter’s undying commitment to creativity continues to solidify his role as a leading artist in the electronic music landscape in Asia. Having excelled at piano, guitar, saxophone and drums at a very young age, his finely tuned ear for track selection and innate musical ability quickly translated into China-wide performances.

Upon graduating in 2012, Dexter began residencies at some of the most prominent venues in China, where he opened for high profile acts such as Zedd, Steve Aoki, Diplo, R3hab to name a few, and soon became known as a pioneer of EDM in the early days of China’s dance music boom. In the following years, his hallmark appearances at major festivals in China and sell-out clubs saw him stun audiences across the country, positioning him as a new-wave tastemaker paving the way at the forefront of China’s music scene. In 2015, Dexter King was the first ever Chinese act to tour in The Netherlands. By 2019, he had toured 200+ club shows, 60 festivals, and made history by becoming the 1st Chinese artist signed to Monstercat – a Canadian independent electronic dance music record label based in Vancouver.

Dexter King found new inspiration and a surge of creativity to create his latest body of music, trademarked by quintessential pop focused bangers. His influences are vast, from the legacy of Avicii, the distinct house anthems of Daft Punk, to Hayao Miyazaki’s Studio Ghibli soundtracks, he will go on pushing boundaries with consistency and quality, setting high standards for Chinese dance music and live performances.

Hailing from Edmundston, New Brunswick in Canada, Danyka Nadeau has established herself as one of the world’s premier electronic vocalists since her breakthrough hit ‘Follow You’ with Au5 released on Monstercat in 2014. Her collaborations have been played by DJs such as Armin van Buuren, Tiësto and many more. Danyka’s smooth and powerful voice will lift you to a higher level on whatever record she is singing on.