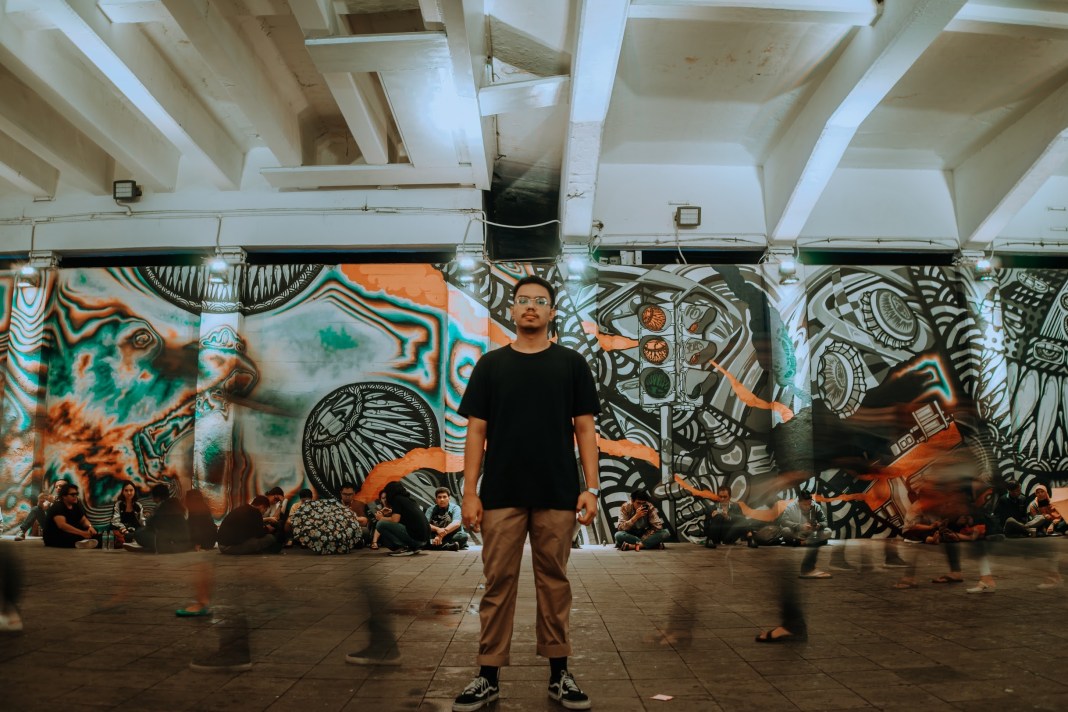 Finding fans in everyone from Skrillex to Diplo, Bleu Clair is one to watch next year, leading the next generation house scene out of Asia. Similarly, Drinks On Me has made his mark in the electronic space at just 19 years old, revitalizing the rave-inspired sounds of London.

Bleu Clair shares, “I really enjoyed making this one with Harrison, we are really proud of how the project came out and I can’t wait to share it with music lovers around the globe.”

Drinks On Me adds, “Collaborating with Bleu Clair has always been a dream of mine since about two years back when he was creating weird and wacky things. I knew our styles could combine to create something mind-blowing, his awesome basslines and drums and my synthwork really worked wonders on “Hit List.” It was such a fun project to make and finding the awesome home of Monstercat for it was the icing on the cake.”

Bleu Clair Bio
Delivering  unparalleled  tech  and  bass  house  delicacies  from  the  studio,  Indonesian -born  artist Bleu Clair is bringing to dance floors what one can only describe as flaunting house music for the future. Essentially, this young producer has curated a signature sound under his name that evokes a dynamic energy amongst the tech and bass house devotees and music industry pioneers alike. 2020 rolled in well for Bleu Clair, releasing his ‘Hustle’ EP and single ‘False God’ both via In Rotation/Insomniac and his latest house anthem called ‘Need U’, dropping just prior. In recent  times, he has seen drops on Moksi Family with ‘Do My Thing’ and Noir Sur Blanc  Records releasing the ‘Jack Rabbit Slims’ EP. Before this, Bleu Clair’s single ‘Phone Call’,  gained love from Skrillex, Malaa and A-Trak while his edits of  ‘American  Boy’, “Damn”, “Poison Paradise” and an official remix for Matroda saw plays and support from A-list artists such as Diplo, Dillon Francis, Matroda, Valentino Khan, Joyryde and many others. Bleu Clair’s biggest release to date saw an epic collaboration with Martin Garrix’s side project Ytram – ‘Make You Mine’ – out on STMPD, giving the most memorable and explosive energy to the summer season. With a distinct sound  and  stylistic  stance,  the  Bleu  Clair  output  is  strong, giving  rise to a highly anticipated decade in house music. Paving his road with tech house chords and  sneaky propelling basslines, it’s without a doubt the future is bright on this artist’s radar.

Drinks On Me Bio
Drinks On Me is a 19 year-old producer, crafting a new sound from the heart of London. The melting pot of influences from UK Garage to Bassline and beyond creates this unique blend of chords, melodies, and huge bumpy basses. Drinks has been turning heads, amassing a global following in just his first year of production, which is certain to grow and continue with a boundary-breaking sound.