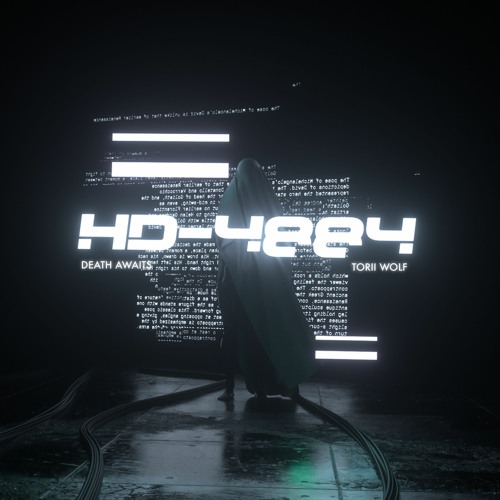 Death Awaits is HD-4884 Official 3rd Release, featuring vocalist/ Songwriter Torii Wolf.
(Wolf has been featured on an array of releases including with hip-hop icon DJ Premier, and Mike Zombie.) The development of the collaboration took place during the quarantine period of the Covid-19 pandemic. The only communication between HD & Wolf was thru via-text & email. Allowing one another to creatively and artistically express themselves without limitations or restrictions during their solitude of creativity.

The track begins in a Dark cinematic lullaby, setting an eerie sonic illusion of lifeless momentum before falling into the abyss chaotic beauty. As the tension builds before the drop, the last notes of the melody brings you into a jigsaw workflow of carefully placed sound design, drums and glitches. Wolf’s vocals effortlessly swim through the harsh digitals waters of progression and heaviness, allowing the lyrics to create a hypnotic anthem that will leave you wanting more or this track on repeat.

HD’s creative goal on “Death Awaits” was to push the limitations of today’s bass music, fusing IDM and Wolf’s Vocals in creating an oppressive and domineering marriage between the two, allowing one another to breathe in the chaotic realm that both channel, a cosmic conversation between life and death, hence the title “Death Awaits”. More collaborations are currently in the works, so keep an ear out for this artist.