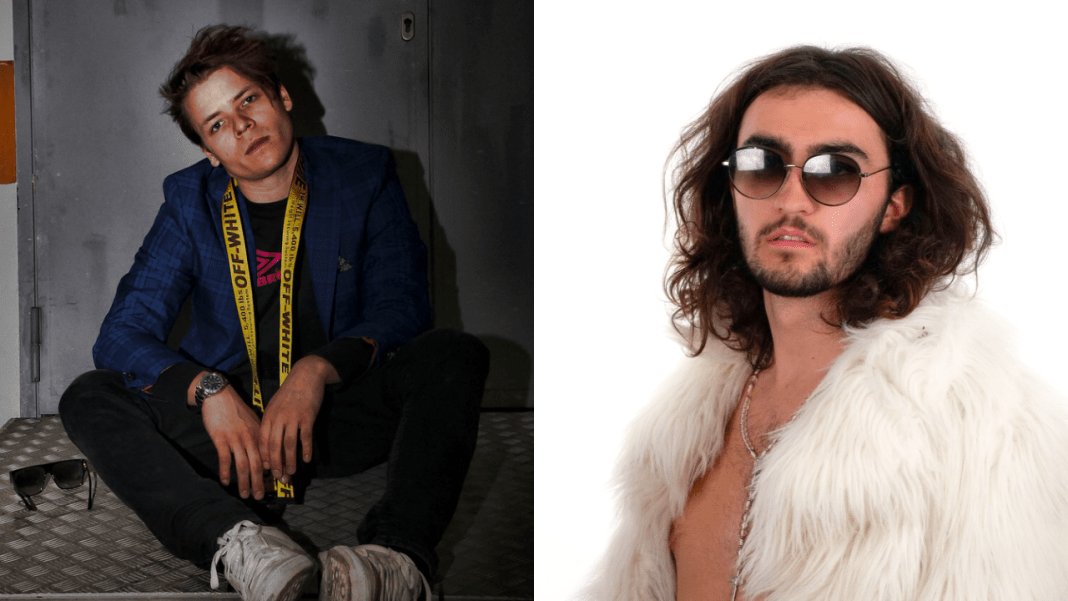 UFO Network is proud to announce Jackin’ House banger ‘Funk Junkies,’ by Pvssycat &  sidekick and longtime friend Marvin Aloys, the third release of the upcoming album ‘Enter The  Tiger‘, dropping on our very own label, UFO Recordz toward the end of this year by London based super-producer PvssyCat. ‘Funk Junkies’ drops with an exceptional style which is no surprise coming from PvssyCat. The official music video features Michelle Julie, a Swedish

Dancer & Choreographer who brought the visuals for Funk Junkies to life with bright yellows,  vibrant pinks and funky yet stunning footwork that best describes the vibe that PvssyCat &  Marvin Aloys had in mind when producing this urban Jackin’ House banger!

Check out the official music video out now on YouTube and get connected with PvssyCat &  Marvin Aloys on social media platforms. PvssyCat is showing no sign of slowing down and has  tons of music lined up for the rest of the year.

“I’m just a funk junkie, I love house music and I guess that means I am addicted to it too. That’s  what the track is all about. As for the story behind it ? there isn’t one, I made it in my studio – I’m just talented like that! My Manager’s wife Michelle is a dancer and she’s fit too, but don’t

tell him I said that. Michelle Choreographed our music video – A wild, dirty and urban style  performance. I am elated to be releasing again with the mighty UFO Recordz and to be  releasing my first of many tracks with Marvin Aloys. Anything Marvin does not know about  house music is not worth knowing, that is why I work with him.” – PvssyCat

“‘Funk Junkies’ really spoke to my inner being and the best way to express the emotion felt  within this track was by choreographing the dance and vibing with the song whole heartedly.  As much as it is funky, it’s also a very playful tune and brings out a sassy alter ego within Me.

‘Funk Junkies’ allowed me to surround myself with positive vibes and it was a creative outlet  throughout the choreography process. I think the official music video does a great job at  displaying the vibe that PvssyCat & Marvin Aloys brought through the production of ‘Funk  Junkies.’ I hope you enjoy the video and don’t forget to say hi on socials below” – Michelle  Julie

London based PvssyCat also known as Max Jones successfully marries underground techno  styles with the commercial side of disco and pop in his music production. Setting himself the  goal of creating modern house records, PvssyCat has learnt to incorporate his routes into the  genre and is taking the scene by storm.

Max learned to play in the underground drum & bass scene in London and has been publishing  house records since 2019. This year started with ‘Watch Me Dance’, this track is also his most  successful song to date. Last year playing at London’s Ministry Of Sound, he broke into the  dance music scene then just 20 years old. PvssyCat played alongside Robosonic, Tania La Croix,  Marvin Aloys & Westbam as resident DJ at Pacha Austria.

Ibiza, Paris, London, Berlin, Dubai… just to name a few spots where the Austrian has been  playing house music recently. He has performed at Paris Fashion Week for Vivienne  Westwood, Lio Ibiza PACHA DUBAI, The Warehouse Project Manchester, Parklife Festival, Egg  Club London and countless other big events and parties. Being resident & creative director of  Austria ́s Pacha Nightclub, he has evolved the electronic music scene in the Alps region in a  massive way and evolved this musical trend in a more ‘traditional area’.

As a music producer he has hit the pole position of the Beatport Disco Charts for more than 12  weeks and is furthermore producing sound-elements for the marketing-pr industry as well.  Besides his music activities the Munich based Tyrollean has been working as a social media  consultant for namable companies. Creative Cooperation with Emporio Armani, Mercedes  Benz & Omega Real Estate are certainly mentionable.