Life as a top DJ means taking center-stage night after night with all eyes on you, but when that stars of the EDM world appear in movies, it’s usually a case of blink and you’ll miss them. To celebrate the disc jockeys who have hit the silver screen (however briefly), we have compiled a list of a few movies which include cameo appearances from your favorite producers.

The Marvel Universe is perhaps the place you would least expect to see the LA disc spinning legend Adam Goldstein, otherwise known as DJ AM. When chaos erupts at Tony Stark’s lavish birthday bash and the guest flee the building, DJ AM still behind the decks, provides the soundtrack to an epic fight between Stark and his friend Lt. Rhodey. As requested by Iron Man himself, AM appropriately plays a mash-up of ‘Another One Bites the Dust’, Daft Punk’s ‘Robot Rock’ and ‘It Takes Two’ as they battle it out.

Why Him? – Steve Aoki

The next cameo appearance is from none other than the cake-face king, Steve Aoki. The Dim Mak founder shows his face in the 2016 romantic-comedy Why Him?. When Laird Mayhew played by James Franco is trying to win over his conservative father in law to be, he can think of no better way than to throw an epic party in his extravagant villa. Adding the cherry to the top of the organized chaos, Steve Aoki is providing the entertainment to the enthralled party guests.

Next on the list is a much less surprising appearance from Daft Punk in Disney’s 2010 sci-fi expansion, Tron: Legacy. If it were possible for the masked duo to be typecast for a cameo appearance, it would be this one. In the futuristic, robot world of Tron, the iconic producers certainly don’t look out of place when Castor played by Michael Sheen demands them to “change the mood, electrify the boys and girls”. Daft Punk’s short appearance is a clear homage to the duo’s production of the entire movie soundtrack. It has been reported that the French duo is set to once again provide the beats for a proposed sequel by Disney.

Thomas Wesley Pentz, known professionally as Diplo, seemingly appears everywhere you look these days. Not one to limit his creativity, Diplo features across all genres of music, and all our social media platforms. So it came as no shock to see the multi-faceted producer appear in the 2014 comedy sequel, 22 Jump Street. Fittingly, Diplo is the DJ of choice to provide the rowdy crowd of spring-breakers with EDM tracks as Channing Tatum and Jonah Hill fight off villains using a drunk woman as a weapon.

British indie classic Human Traffic hit movie screens back in 1999. The adrenaline pumped comedy provides a commentary on life as a young adult experiencing the UK party circuit the hedonism that comes with it. As Jip, Lulu and the crew make their way to Asylum Nightclub, we get a glimpse of the nightclub’s owner played by the legendary British house and techno record producer Carl Cox.

We are your friends – Nicky Romero, Alesso, Dillon Francis

The least surprising cameo appearances on this list feature throughout the 2015 EDM inspired movie We Are Your Friends which depicts the story of Cole Carter, played by Zac Efron as he embarks on a mission to become a big-time Hollywood disc jockey. The movie includes very brief appearances from not one, not two, but 3 of the world’s biggest DJs. The first of which comes from the LA native Dillon Francis who rather rudely hands over the decks to Cole in the very first club scene. Next up is the Swedish House Mafia apprentice Alesso, who is asked to watch the decks whilst Cole rushes off to break up a fight at the pool party in the Hollywood Hills. The final cameo comes from the Dutch DJ icon Nicky Romero who is introduced to Cole in a very brief encounter just before the penultimate performance to which the entire film has been building. 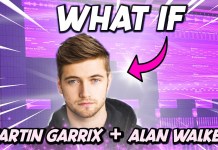 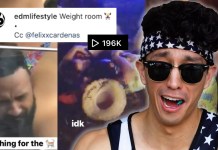 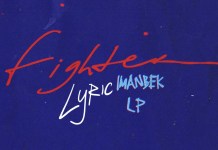