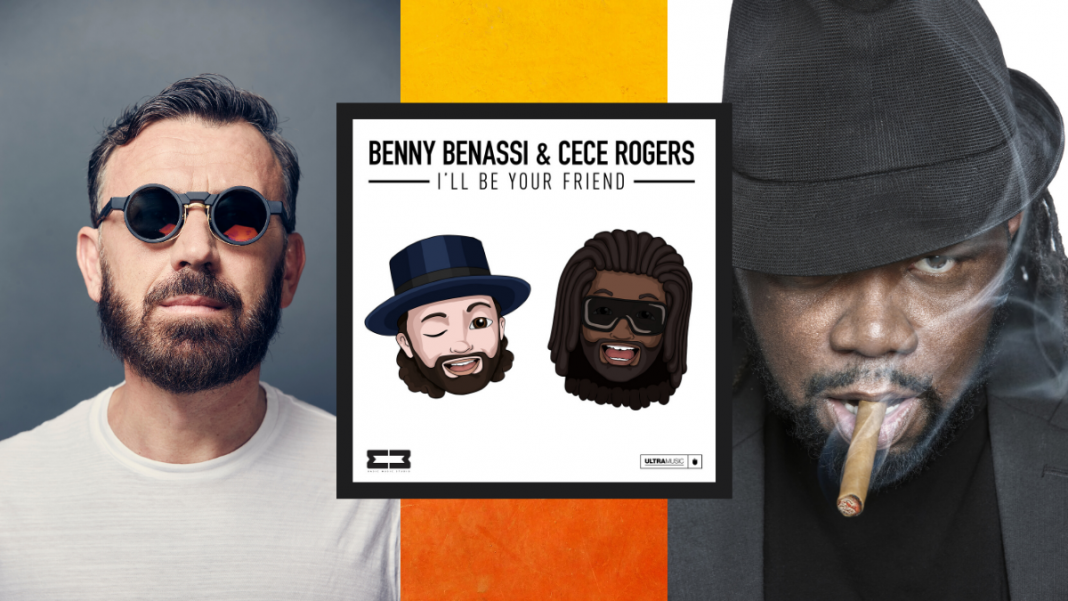 After a busy first half of the year filled with live streams and releases such as
Everybody Hates Monday Mornings and Just Miss Love, Benny Benassi is
joined by ultimate house legend, CeCe Rogers for I’ll Be Your Friend – out on
the esteemed imprint, ULTRA.
The accolades between the two are endless, Benny Benassi’s debut track
Satisfaction achieved a #1 in France and #2 in Germany and the UK, He won
Grammys for Public Enemy’s Bring The Noise and Skrillex‘s remix of Cinema,
whilst his album Hypnotica made the top 20 in all parts of Europe in less than a
month.
Meanwhile, CeCe Rogers’ – who is often referred to as an artist who helped
establish the genre alongside Marshall Jefferson, Ten City, Joe Smooth,
Frankie Knuckles, Robert Owens – renowned tracks include, No Love, Lost,
Someday and All Join Hands. And not to mention, his work with Luther
Vandross, Janet Jackson, Whitney Houston, Sounds of Blackness, Aretha

Franklin, Duran Duran and as the frontman of the legendary band, Jestofunk,
all helped to propell him right to the top of the music world.
Now releasing on ULTRA, Benny Benassi and CeCe Rogers equal the killer
combination for I’ll Be Your Friend. A groove laden track featuring Benny’s
impeccable production skills, CeCe Roger’s unique yet charismatic voice
compliments old school piano samples and bumping basslines to bring the
voice of house to the ultimate summer track.
Benny Benassi & CeCe Rogers – I’ll Be Your Friend is out on the esteemed imprint, ULTRA now.

Have a listen here.