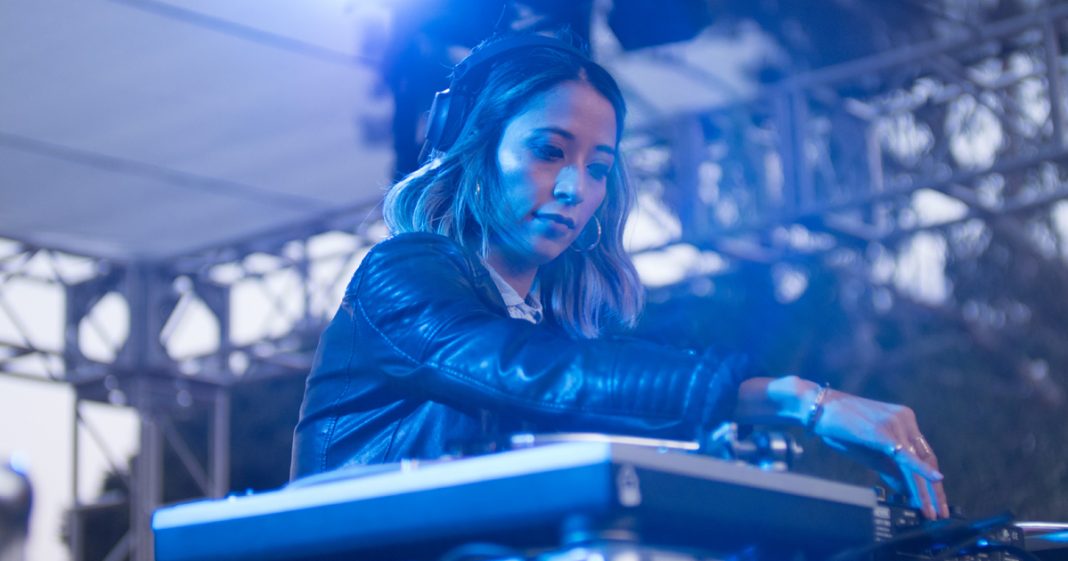 EDM is undoubtedly a male heavy genre but us girls like to get down with the beep bop too. Female djs and producers are taking the genre by storm and I for one am here for it all. In the age of livestreams instead of shows, artists are taking advantage of a much larger audience than the average local venues.

We have seen streams from big names Alison Wonderland, Lucii and Rezz but newer names like Zia and Level up are serving up all the good vibes.

Here’s 5 vibrant female EDM djs and producers you should know:

Alison Wonderland is definitely the rave mom in our community. With a mix of melody, trap and bass, she is absolutely one of the most well known female EDM artists. Born Alexandra Shroller, she hails from beautiful Sydney, Australia. Alison is a trained classical musician specializing in cello who discovered electronic music at a local club and fell in love. After touring sunny Australia with the Parklife Music Festival, she released her debut single “Get Ready” in July 2013 which landed her a record deal with EMI music. From there she embarked on a national warehouse tour and released a five track ep entitled “Calm down’. It featured fan favorite “I WANT U ” which was certified gold in 2016. In 2015, she released “U Don’t Know” followed by her debut album “Run” which led to two nominations at the Aria Music Awards 2015. In 2017, following success from hit single “Messiah”, Alison was named Artist of the Year at the Electronic Music Awards and a Top 100 DJ by DJ Mag. She then released her second album “Awake” that really focused on her struggles to remain positive. “Awake” debuted at number one on the Top Dance/Electronic Albums. She later revealed in 2018 to her adoring fans that she had been battling depression and suicidal thoughts over a very abusive relationship. She even admitted to a suicide attempt and cancelled her 2019 European tour to focus on her mental health. Her openness with fans and authenticity has made her the highest billed female DJ in Coachella history along with building an army of loyal AWonderFam. Her coined phrase FMUOASL (F*** me up on a spiritual level) is embedded in the EDM community. I personally saw her in 2017 and I must say when she dropped Paramore “Misery Business” to RL Grime “Tell me”, I fully understood the FMUOASL movement. She released the single “W.W.C.B.D (What Would Carole Baskins Do) with Phem earlier this year. She also gave us all the trap we didn’t know our quarantine hearts needed on her Digital Mirage Livestream earlier this year.

Isabelle Rezzazadeh better known as Rezz, is a Candaian DJ/Producer born in Ukraine and raised in Ontario. In highschool she attended events including artists Bassnectar, Pretty Lights and Zeds Dead which inspired her gritty style. At the ripe age of 16, she started DJing and was noticed on a blog by Dubstep father Skrillex. In 2015, she began producing her own songs on her laptop and released music on Deadmau5’s record label Mau5trap. Her track “Serenity” was featured on compilation album “We Are Friends, Vol 4”. In 2016 she released her first ep “The Silence is Deafening” and later that same year her second ep “Something Wrong Here” which peaked at number 19 on the Billboard Dance Charts. In 2017 she released her first full length album “Mass Manipulation” which went on to win the Electronic Album of the Year at the Juno Awards the following year. That same year Rezz took the stage at Shaky Beats 2017 in the ATL. I was lucky enough to see her set on a tiny side stage, up close and personal. Her iconic glasses and heavy style was mesmerizing. In 2018, she released her second album “Certain Kind of Magic” with singles “Witching Hour” and “Hex”. In 2019 she released her ep “Beyond the Senses’ ” including single “Dark Age”. She also released a collaboration with metalcore band Underoath called “Falling” that included a VR listening party through VR Arcades across North America and London. Her newest single “Someone Else” was released this year and she began dating Lucii, who is also a female powerhouse in EDM.

Emily Rose, better known as Lucii the Alien or simply Lucii is from Orlando and grew up very much embracing the outdoors. Lucii often explored the world hiking and canoeing. In the Orlando music scene she made friends in the bass community and started opening up for bigger acts. Lucii says she has always felt different and found music as a means to express herself. She grew interested in aliens and space because she wanted to feel like we are not alone in this world. Lucii joined the Wakaan label and began playing shows with Liquid Stranger. She says her favorite part of the EDM community is seeing people from across the globe come together for a beautiful experience where no one cares how you look. It is about just being yourself. In 2019, she was on the Billboard Dance Artists to watch. She continuously captivates with her ethereal vocals and intergalactic production. She recently released her highly awaited collaboration “ Me and You” with Champagne Drip and her vocals are genuinely enchanting. She also wowed us at the “Beyond Wonderland Rave-a-thon” last month with her heavy yet angelic performance. Today actually marks the release of her new single about her gf Rezz “You” and I for one have it on repeat. Her and Rezz may have already won best couple of 2020 but our next artist might bring some competition for that title.

Sonya Broner, better known as DJ and producer Level Up hails from Philadelphia. She loves video games, horror and stuffed plushes. Her sound is even inspired by video games. Her unique twist of bass, dubstep and wonky wubs landed her on a Subtronics tour. She also found a special place in his heart and the duo has been giving us all the couple goals over the last year. She’s no newcomer though, Level Up has been making music since high school and well before meeting Jesse aka Subtronics. She started out in the underground scene in NYC as a turntablist but quickly gained fame in the bass world. Level Up has performed at Electric Forest and Lost Lands as well as a sixty night “Cyclops Invasion tour” with her boo Jessee. She released her new banger “Bedtime Stories”at the beginning of July and as a fan who pre-saved it while patiently awaiting the drop, it did not disappoint. It starts out hypnotic with her signature horror vibes and the haunt quickly builds to a heavy bass face. The darkness however is met with a smooth production that truly is the Level Up sound. Her remix of Zeds Dead x Dion Timmer “Rescue” on Now That’s What I Call Riddim Vol. 5 is a true Level Up flip of genius. Her track “No Luck” is also a bop that is definitely on my wubs playlist and should be on yours as well.

Zia a producer and DJ also from Philadelphia that has been making major moves in the bass scene for almost a decade. She has performed at many festivals including Electric Forest, Moonrise, Lost Lands, Hard Summer and Wobbleland as well as supported acts like Subtronics. Her sound is not only heavy on the wubs but a deeper darkness that fully resonates in her live performances. She has appeared on the Best of Bass Rush 2019 and released two singles. Both “ Deviate” and “Shotgun Sol” were both well received. She will be taking part in Subtronics upcoming car rave in Scranton, PA in August with friend Level Up. Both beautiful and talented ladies also did a B2B live stream recently with Subtronics in March which was an entire bass girl vibe.