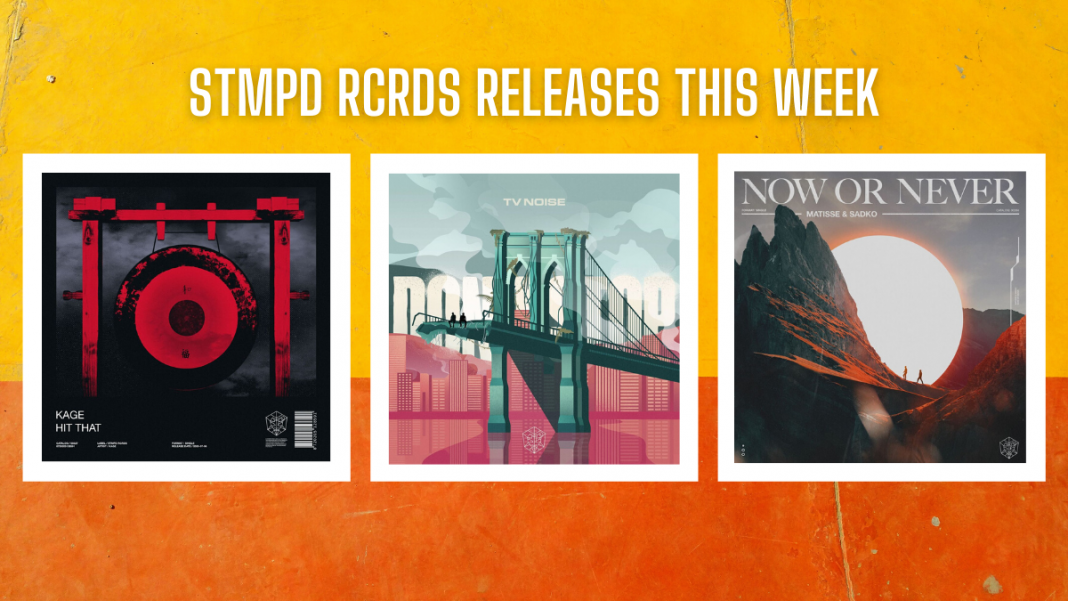 Kage was inspired by the DnB and Dubstep sound design when he started working on ‘Hit That’. The result is an absolute banger of a track that is sure to blow everyone’s mind. The follow up to his STMPD RCRDS debut ‘Mutation’ complements a house groove and vibe with a dubstep bass. Fun fact: Kage means shadow in Japanese, which perfectly fits the dark vibes in his tracks. LISTEN HERE

Label frequenters TV Noise have been through an enormous growth since the start if their career. Known for their unique sound which sometimes features snippets from movies, TV shows, gadgets, and video games combined with their dance floor dynamics, ‘Don’t Stop’ is another addition to their discography that doesn’t disappoint. ‘Don’t Stop’ is flavored with their outstanding signature sound that instantly makes you want to get up on your feet. LISTEN HERE

Powerhouses Matisse & Sadko are back on STMPD RCRDS with their brand new release ‘Now or Never’. As soon as the guys found out it was going to be a long quarantine period, they brought all the necessary studio equipment into their home and locked themselves up. The starting point was to make a banger that recreates those festival feelings, inspired by Swedish House Mafia’s old DJ sets. The outcome is a track with a nostalgic feel that pumps up our excitement for the next festival season even more. LISTEN HERE