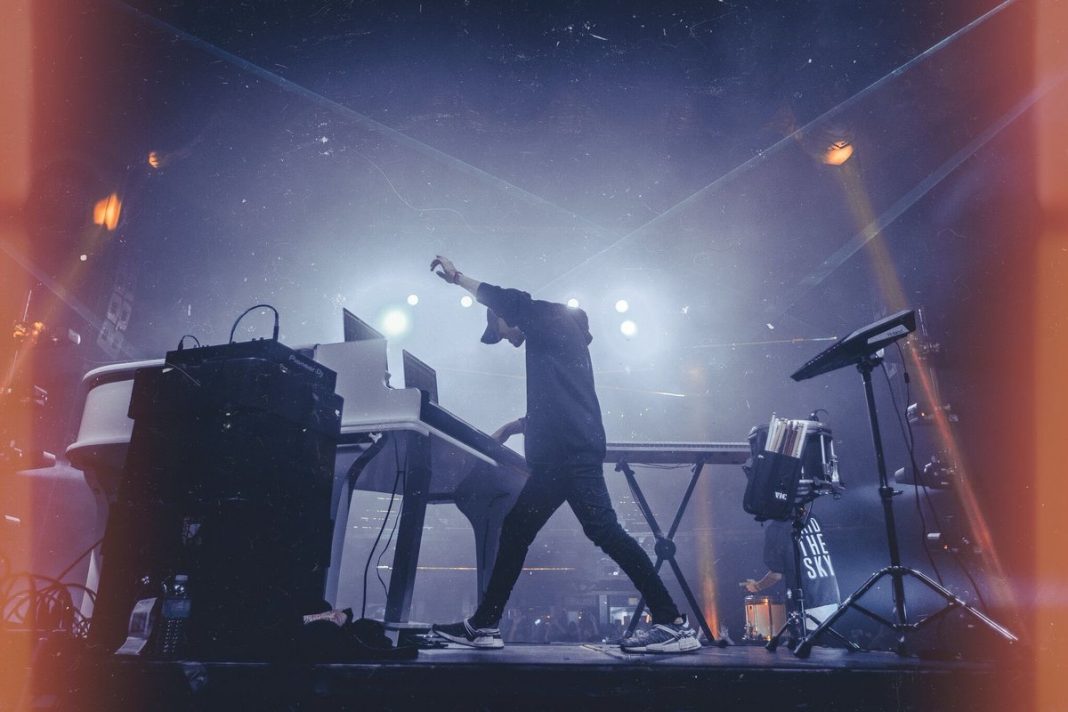 Denver based electronic artist, Said the Sky (real name Trevor Christensen), headlined two nights in a row in his hometown this week during his current tour. I attended the Friday night set with openers Toy Box and Slow Magic. Toy Box, also Denver based, blew us away with his endless smiles and unique bassy sound described as a “melodic journey through unexpected tones and sounds that push the boundaries of modern sonic capabilities.” Slow Magic’s set was filled with ethereal synthy sounds paired with his insane drum skills. He even entered the crowd with a snare drum and hypnotized us from behind his iconic LED mask.

After such strong and captivating performances from the openers, I couldn’t even fathom that the night could get better.

The performance given by Said the Sky exceeded all expectations. The show amplified his melodic future bass sound and depicted the raw talent he holds as a musician. Christensen could be found behind his piano and CDJs and was accompanied on stage by a drumline, violinists, and a double bass. With confetti blasts, intricate visuals, and a beautiful light show, this concert was definitely one for the books.

Some highlights from the Said the Sky setlist include incredibly mixed live edits of artists like San Holo, Kanye West, RL Grime, A Day to Remember, and Panic! At the Disco. Additionally, he made sure to play his collaborative Illenium tracks ‘Where’d U Go’ and ‘Sad Songs.’ There was also a guest appearance from Olivver the Kid to perform their recently released single ‘Hero.’

Between the elaborate stage logistics, an impeccable setlist, and unforgettable openers, this tour is a must see for future bass EDM lovers.